Romania is the second country in Europe where medical specialists can perform simulations with the da Vinci robot, the most advanced equipment in the world in minimally invasive surgery. This is after the SOFMEDICA Group opened last year in Bucharest ISLE Academy , a center equipped with the latest technologies in the field with which doctors can improve.

“The opening of ISLE Academy in Bucharest came as a natural continuation of the 25 years since we are present on the Romanian market, during which the business managed to understand both the needs and the potential of the Romanian medical system,” says Harris Palaondas , Managing Director SOFMEDICA.

ISLE Academy centers in Europe have provided specialized education programs for over 20,000 medical professionals in the region , including training in hospitals, of which over 50% are from Romania.

“Romanian doctors and surgeons are known to be open to adopting new medical innovations and sometimes even pioneers in this regard, wanting to offer quality medical treatments to patients. In recent years, significant efforts have been made to retain and bring medical staff back to the country, and access to innovative technologies is an extremely important factor in this regard.

Therefore, through our activity we believe that, to a certain extent, we have also contributed to the preservation of medical professionals ” , Harris Palaondas declared for wall-street.ro .

How long does it take to train doctors at ISLE Academy

The courses vary depending on the program, being available to doctors both one-day laboratory workshops , which use the computer to analyze biological data and combine simulation and e-learning activities, but also longer-term courses , for which they collaborate. with another training center in Western Europe for experimental laboratory activities.

The key tool used in ISLE Academy is the da Vinci simulator, with which the surgeon can perform complete interventions and practice his basic skills. The da Vinci robotic surgical system (pictured below) requires a very strict technical training process, which includes online learning sessions, a series of simulation and case observation hours, and certifications for surgical consoles. 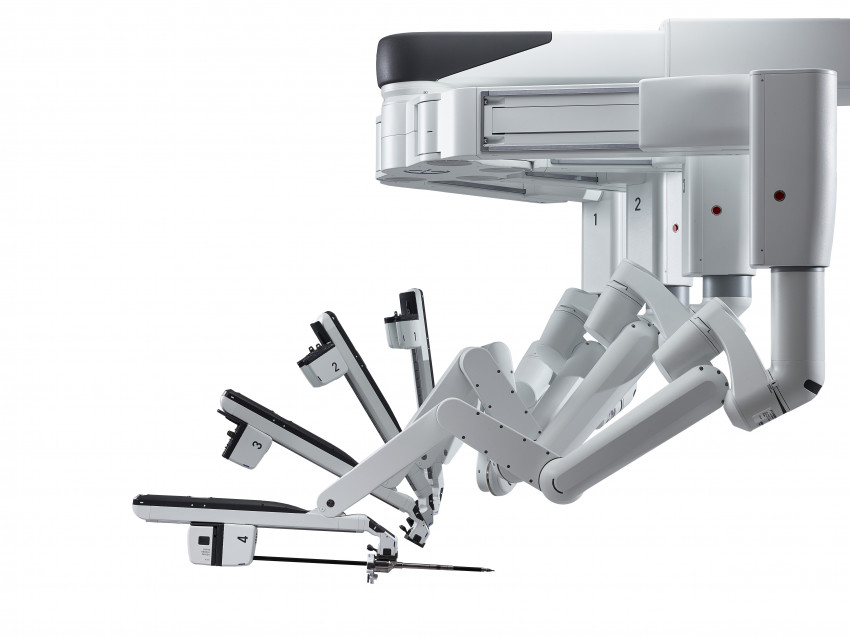 The center also aims to provide simulations and learning sessions for laparoscopy, diagnosis and intervention for gastrointestinal disorders, as well as simulations with technologies used in intensive care units.

How robotic surgery can help doctors

Harris Palaondas explains that the da Vinci Xi® surgical system is a natural extension of the surgeon’s hands and eyes for the doctor.

“It is the only technology that gives the doctor precision, dexterity and control, using miniaturized tools, which make small incisions of 1-2 cm, but which also allow the surgeon to operate in extremely narrow areas of the human body, which otherwise they would be accessible only through an open surgery, with a significantly larger incision “, says the quoted source.

In the case of robotic surgery, recovery occurs much faster compared to the traditional approach , with fewer days of hospitalization and a reduced risk of complications. At the same time, robotic surgery reduces the learning curve, because specialists benefit from a much faster training compared to laparoscopic or classic surgeries.