Georgios Sofianos, CEO, SOFMEDICA GROUP, recently shared in an interview for Forbes Romania insights from the journey of daVinci surgery in our region, the educational path that we offer for the healthcare professionals and future plans for the expansion of the Group.

“We want the best technologies in the world to be accessible to all patients in our area, regardless of their economic or social status.” Georgios Sofianos, CEO, SOFMEDICA GROUP

We invite you to read the full article below. 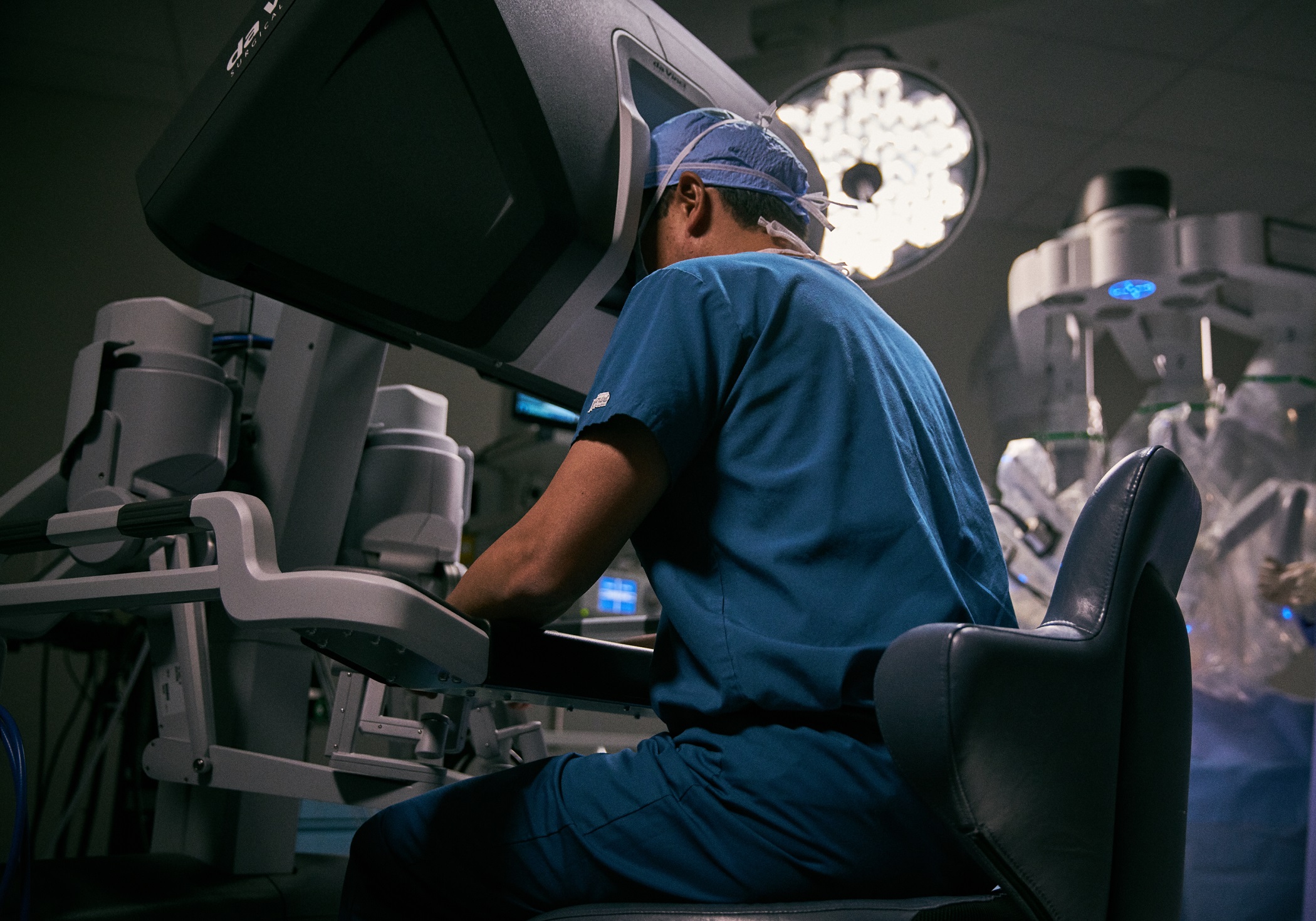 The robotic surgery market, which started 20 years ago with the implementation of the da Vinci system developed by the American company Intuitive Surgical, was valued at $6.4 billion last year, and the growth rate is 17.6% per year, according to a study published by MarketsandMarkets. In Romania, the da Vinci program was brought 20 years ago by the SOFMEDICA Group, a business founded by Georgios Sofianos, and so far, it has been implemented in 13 state and private medical centers in our country, out of the 40 that operate in the area covered by company (Romania, Greece, Hungary, Bulgaria, and, Cyprus).

The latest robotics program has been implemented at the Institute of Oncology in Iasi, and another contract is to be announced this summer, this time with a private operator: “By the end of July we will announce the start of a new robotics program, in the last big medical network that until now has not had access to it “, explains Georgios Sofianos, CEO of SOFMEDICA, for Forbes. “The private sector has embraced robotic surgery more dynamically. I had a surprise in Hungary, a market we entered two years ago, where we had three acquisitions of robotic systems, and in countries like Greece, after 15 years, there is only one system in a public hospital. “, he added. 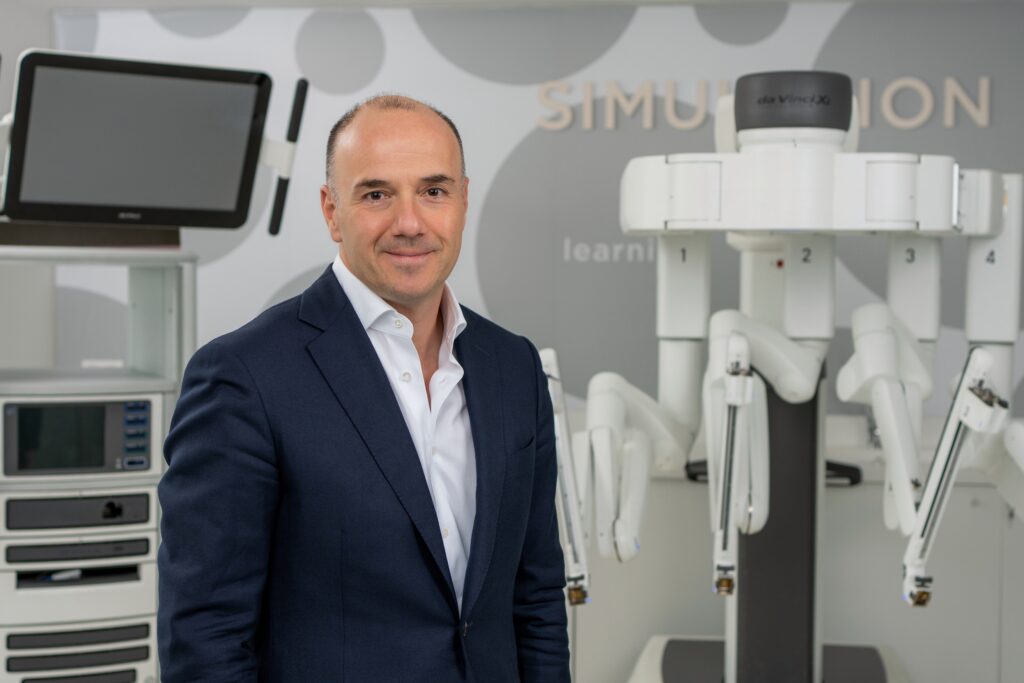 According to Georgios Sofianos, CEO of SOFMEDICA, the growth potential is huge, and the pace of adoption of this type of medical intervention has intensified in recent years. Thus, globally, this year it is estimated that over 2 million robotic operations will be performed. But until last year, in the 20 years since its adoption, 10 million such operations were performed. “In the five countries in which we operate, following this growth trend, we estimate that around 8,000 robotic operations will be performed this year,” explains Sofianos. Since 2017, in Romania alone, around 2,000 patients have been operated on with the help of robotic technology.

“Among the advantages of the robotic technology, I would like to mention the fact that it allows surgeons to perform complex surgical procedures with greater precision. In addition, visualization is 10 times better than in the case of open surgery, faster patient recovery, which reduces the risk of contracting nosocomial infections, not to mention the low amount of blood lost during surgery and smaller incisions, “says Georgios Sofianos.

The da Vinci systems are just one of the technologies made available by SOFMEDICA. The company collaborates with 25 manufacturers of innovative medical technologies around the world. Since 1994, since its inception, the business has grown both geographically, covering five countries and businesswise: in addition to the import and distribution of medical technology, it has also entered the market of niche medical services, medical real estate, and health education.

To date, the company has invested around 6 million euros in training programs dedicated to robotic surgery. Two such permanent centers, ISLE Academy, have been put into operation in Romania and Greece, and another mobile one, in collaboration with two medical schools in Bulgaria.

“The surgical teams need to be trained through simulation, just like airplane pilots. And the ISLE Academy centers are designed to train surgeons and their teams,” says CEO of SOFMEDICA. More than 3,000 Healthcare Professionals have benefited from the educational programs of SOFMEDICA, both on the da Vinci system and on other technologies. And because the demand and need for education is high, the company will set up, in the coming years, 2-3 more such centers. In addition, investment will be made in other technologies needed for the operating room, including 3D printers, which will print the organs to be operated with all their problems so that surgeons can perform simulations before the actual intervention.

“Sometimes, we have complex teams that simulate operations, a few days before the procedure. And when it comes to the operating room, the level of confidence is much higher “, explains Georgios Sofianos. He says that surgeons are enthusiastic about the possibility of training, and that there are times when waiting lists are made for programs at ISLE Academy.

“Access to education is our only way to give something back. We have invested around 6 million euros in training academies, but we have realized that the need is much greater. That is why we organized them as separate entities and we brought Angeliki Karava, an expert in medical technology with a career of over 20 years, to take over the management of this division “, states the head of SOFMEDICA.

Investments in buildings with medical functionality

Another business division of SOFMEDICA GROUP is real estate. The company currently owns 11 buildings, of which 9 in Romania and 2 in Greece, which have as exclusive purpose the operation of private medical operators.

This line of business began 18 years ago, as a need for a dialysis service company that SOFMEDICA GROUP developed at the time. It started with the construction of the first building in Braila, then the project was repeated in other cities, including Bucharest. “We thought of building more than we needed – 1,000 sqm, because there were other medical operators looking for modern space. All the buildings were greenfield: we purchased the land and erected all the buildings between 2007 and 2015 “, says Georgios Sofianos.

Currently, all the buildings are owned by the company, and we are still looking for suitable land for investment. Among the tenants of the buildings in the portfolio of SOFMEDICA are also large providers of medical services such as Regina Maria or MedLife. All buildings are built from the start with the purpose to be used by medical institutions, either on an outpatient basis or with hospital functions. Rents are similar to those in shopping malls or offices, to which a premium is added for meeting standards specific to medical activities.

Robotic surgery was invented for thoracic interventions, especially those on the heart, but is currently used in gynecological, urological, orthopedic, general, neurosurgery and other minimally invasive surgeries.

Please visit forbes.ro for the original interview in Romanian.